I’ve been vegan for 19 years now, and it’s safe to say that vegan cheese has come on leaps and bounds since then. It used to be completely inedible, and is now tasty.

The biggest change has been in mainstream and easily accessible vegan cheeses. I believe there is something to be said for big corporations throwing a lot of money at a challenge: all companies making vegan cheese have raised the bar, and vegan cheese is now available in all major supermarkets. There is also an entire category of artisan cheeses from small producers which can be sought out in independent shops.

Here are my favourite five vegan cheeses, gracing my cheeseboard for Veganuary 2022 and beyond.

Approx cost: £1.99 in most major supermarkets

Violife epic mature is a touch punchier than standard Violife. This is my cheese of choice for cheese and onion toasties, cheese and marmite sandwiches, cheese and tomato pasta, and adding cheese to Mexican themed meals.

Approx cost: £2.30 in most major supermarkets

Applewood vegan is smoky and melts. This is my cheese of choice for melting on pizza.

Approx cost: £1.80 in most major supermarkets

Most supermarkets do a version of this soft garlic and herb cheese, and it’s good. This is my cheese of choice for spreading on toasted bagels, spreading on oatcakes, and stirring through pasta as a creamy and garlicky sauce.

Vegusto was one of the first properly tasty vegan cheeses available in the U.K., and I have a bit of a soft spot for it. Vegusto piquant has a crumbly texture, a bit like aged cheddar, has a punchy taste, and is best eaten cold. Vegusto is particularly delicious on crackers, in sandwiches (e.g., a cheese and tomato baguette).

Approx cost: £3.50 from most major supermarkets

I’d love to hear about you – what’re your favourite vegan cheeses? 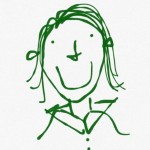